Since the Korean War when the Boat Division of COMinRon Three was formed in Sasebo, Japan in 1950 this Division started with two 40′ motor launches from the USS Boxer, and a fourteen 36′ LCVP’s delivered to the Chinnampo sweep by the USS … END_OF_DOCUMENT_TOKEN_TO_BE_REPLACED

Little Sweeps Clear Way For Big Ships W.J Miller QMC USN, a writer for the USN All Hands Magazine wrote a nice 6 page story on the AMS minesweepers (136″) and the CoMinRon 3 Boat Division sweepers (36′) - Which were later … END_OF_DOCUMENT_TOKEN_TO_BE_REPLACED

CLICK ON PHOTO TO ENLARGE – Again to enlarge More The Sasebo, Japan based mine sweeping boat division began as the COMinRon-3 Boat Division sometime following the outbreak of the Korean War in June 1950. In early 1951 it was commissioned … END_OF_DOCUMENT_TOKEN_TO_BE_REPLACED

The photo below shows an MSL from Mine Division 33 during Operation Back Pack off Taiwan in February 1964. I was assigned as the second SN on MSL-14 and took this picture with my Brownie Hawkeye from the Stern Deck … END_OF_DOCUMENT_TOKEN_TO_BE_REPLACED

Iron Men In Wooden Boats the “History of Small Boat Minesweeping” was something I wanted to document for posterity, so that my shipmates would not be relegated to the “dustbin of history”. In planning my book I have not found … END_OF_DOCUMENT_TOKEN_TO_BE_REPLACED

Vietnam saw few “traditional” minefields due to the strength of the U.S. Navy’s 7th Fleet, and North Vietnam’s lack of a Navy. The Viet Cong acquired one Korean War vintage MKB moored mine (1,200lb) and set it afloat In December 1966 in … END_OF_DOCUMENT_TOKEN_TO_BE_REPLACED 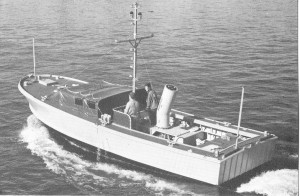 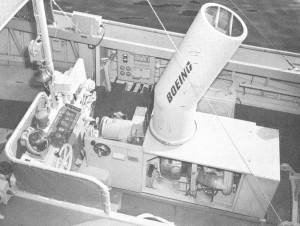 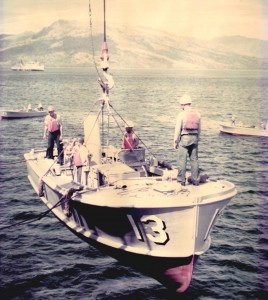 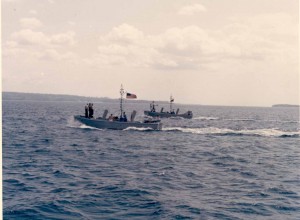 History of Small Boat Minesweeping In The U.S. Navy

After writing a short history of the USS Epping Forest supporting mine sweeping boats I decided that the “History of Small Boat Minesweeping in the US Navy” was something I wanted to continue researching. I had hoped to document their … END_OF_DOCUMENT_TOKEN_TO_BE_REPLACED