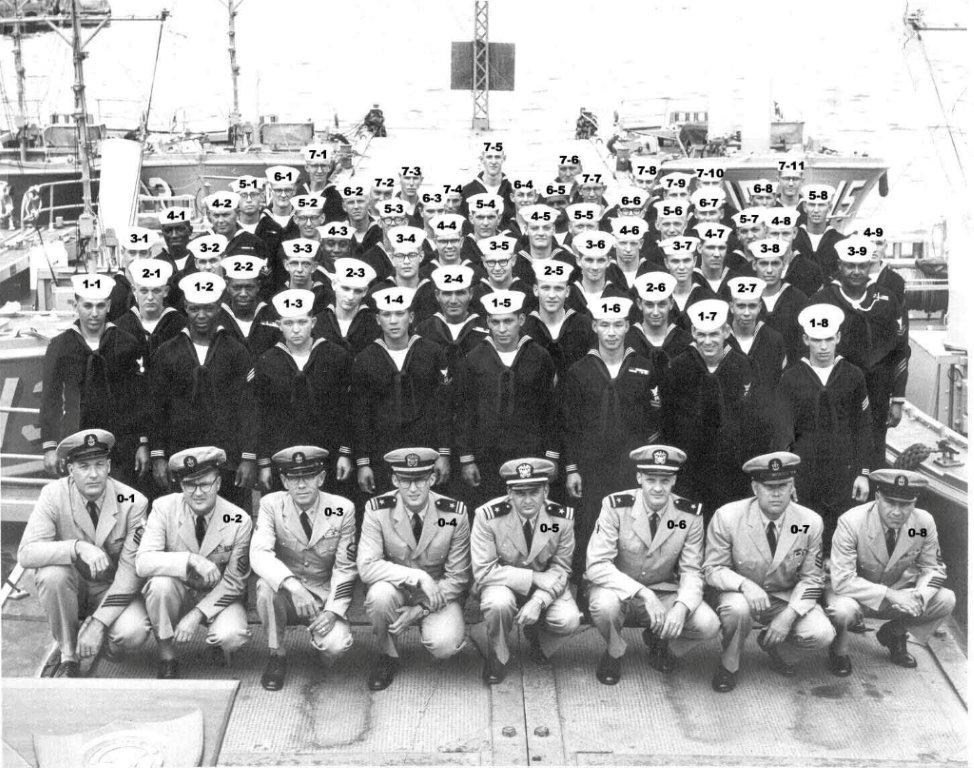 Since the Korean War when the Boat Division of COMinRon Three was formed in Sasebo, Japan in 1950 this Division started with two 40′ motor launches from the USS Boxer, and a fourteen 36′ LCVP’s delivered to the Chinnampo sweep by the USS Catamounnt. Early in 1951 the Boat Division was re-named Mine Sweeping Boat Division ONE, and continued with that designation until the Korean armistice.

Succeeding them following the Korean Armistice was Mine Division – 111 which had almost totally converted to 50′ Motor Launch Minesweepers, heavily modified by Ship Repair Depot in Sasebo with decks, some with enclosed pilot houses and masts. They were forced by Navy wisdom to relinquish their MSB designations (Mine Sweeping Boats) and reclassify their boats as Motor Launch Mine Sweepers – MLMS. This was due to BuShips having given the MSB designation to a new 57′ minesweeper class they were developing.

In 1958 these boats were replaced by newly built 36′ Mine Sweeping Launches (MSL’s), powered by Boeing Gas Turbine Type 502-10C. Twenty MSL’s were delivered to WestPAC split between Sasebo and Long Beach, CA. Following this re-organization their LCVP’s and MLMS’s were given to Taiwan, Korea, and Vietnam. The Division was re-named Mine Division – 33, and in 1961 the USS Epping Forest LSD-4, was transferred to MinFlot 1 in Sasebo and re-designated MCS-7. Mine Countermeasures Support ship.

In August 1966 MinDiv – 33 was decommissioned and tranferred aboard the USS Epping Forest mCS-7 as the Boat Division. In Fall of 1968 the USS Epping Forest was de-commissioned. The Boat division was sent to the Sasebo Seawall for the winter. The following Spring the USS Catskill MCS-2 arrived in Sasebo as the new mothership. During which in the waning budgets due to Vietnam, the Catskill was decommissioned. Minesweeping Boat Divisions homeported in Sasebo no longer exist.